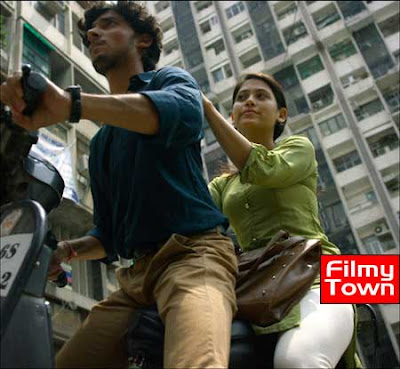 Mumbai, January 2019: After Kanu Behl’s debut feature ‘Titli’ which premiered at the 2014 Cannes’ Un Certain Regard, the director returns with another gritty portrayal of society in his new short, ‘Binnu Ka Sapna’.

Written and Directed by Kanu Behl, ‘Binnu Ka Sapna’ is to make its World Premiere at the prestigious Clermont-Ferrand International Short Film Festival 2019.

Out of 78 films, Binnu Ka Sapna is the only Indian Film competing at the festival this year.

Produced by Terribly Tiny Talkies and Colosceum Media, Binnu Ka Sapna is a 32 minute narrative short that plunges into a malignant psyche, exposing the ticking time bombs around us and the sparks that set them off. It goes through the harrowing transformation of a victim into an attacker, with society only serving as a catalyst. It marks the debut of Chetan Sharma as the titular Binnu.

Sharing his joy, Kanu Behl says, “Binnu Ka Sapna is the nightmare none of us wish unfolds. And yet it does. Routinely around us. This was an opportunity for me to tell a pertinent story that reflects our realities, and the multiple masks we don to look away from it.”

He adds, “I am happy that the film is about to reach its audience and that it connects as a personal yet universal document.“

Anuj Gosalia, CEO, Terribly Tiny Tales says, “Kanu is a brave and persevering voice. His stories are both, relevant and uncomfortable. After watching Binnu Ka Sapna come to life, and the ways it can move people who watch it, it makes us want to tell the many stories that quietly stay untold in India, and the world.This feeling is both scary, and exciting.”

Lalit Sharma, CEO, Colosceum Media says, “There are stories and then there are stories that only Kanu can tell. Binnu Ka sapna, talks to you at subconscious level and shows you how belief in the perceived thoughts shapes you and your reality without you realising it. The story is Indian but what it deals with is a phenomenon with us humans as a species no matter where we are on the Globe. Open your eyes to this dream.”

Synopsis
Binnu has grown up hearing about his mother's first slap, 25 years ago; hit by his father merely for emerging from the same room as her own brother-in-law. Many years later, he leaves home. At a party, he sleeps with his Boss’ daughter, who he falls in love with. But things don’t go as planned. Binnu leaves town. Engaging in another romance in another city. But something is not quite right. Slowly, a strange paranoia begins to engulf his being. ‘Binnu Ka Sapna’ delves deep into a malignant mindset, trying to bare the ticking time bombs around us and illuminate the wicks that light them.

About Clermont-Ferrand International Short Film Festival
The Clermont-Ferrand Short Film Festival is the world's largest film festival dedicated to short films. In term of audience and professional presence, it is the second largest film festival in France after Cannes. The festival is at the heart of many activities and missions conducted all year long by the collective Sauve qui peut le court métrage. The association employs 18 permanents, all based in Auvergne, where a whole dynamic around cinema has been created. The 2017 edition recorded more than 160,000 entries and welcomed more than 3,500 professionals.

Director’s Statement
In a country of 6.2 billion people, with the male-female ratio hopelessly skewed, repression is par for the course. Love often metamorphoses into a ‘till-death-do-us-part’ chokehold. Blood red rage is entrenched into swathes of masculinity floating about. And before one knows, the damage is done. ‘Binnu Ka Sapna’ attempts to look deep into the belly of a perpetrator and distill the agony.

Binnu’s life constructs itself around building an impossible dream – recreating the ‘Love Nest’ he’s seen as an adolescent. He’s desperate to feed lovingly made cups of tea to someone. But does he know how to love? Does he even know how to listen? Or is it just lust for ‘Love’?

Binnu has sex with himself while fucking a real woman. Roams street corners looking at seductively sold brands. His head screams trying to exorcise ghosts from stories only heard. Hatred brews for a brash, violent Father; derision bubbles for the ever-servile Mother. An uncertain anger froths at past injustices only felt, never quite understood.

The film is my attempt to understand the anger within. I went through a period where I raged and destroyed everything in my path. Irretrievably, irrevocably. Where did the roots of that anger lie? Did the anger root from a focal core or was it a constantly mutating unrecognizable beast? Its consequences and ripples, either way, rested on my individual doorstep.

About Kanu Behl
After dabbling in radio, copywriting, acting and theatre, Kanu Behl studied at the Satyajit Ray Film and TV Institute, Kolkata, majoring in Film Direction. His first documentary, ‘An Actor Prepares’ landed in competition at Cinema du Reel. Next, he directed and produced three more docs for NHK Japan, ZDF and ARTE.

In 2010, he co-wrote LSD with Dibakar Banerjee. In 2014, his debut feature TITLI premiered at Un Certain Regard, Cannes. The film has since won 8 international awards including the NETPAC and the Best First Foreign Film (2015) from the French Syndicate of Cinema Critics. TITLI travelled to over 22 film festivals, including IFFR Rotterdam, AFI, BFI London and Goteborg.

About Terribly Tiny Talkies
Terribly Tiny Tales is one of India’s most celebrated storytelling platforms. Founded by Anuj Gosalia in 2013, what started out as a passion project is now a beloved brand on social media with a large and loyal following of over 2 million people. TTT is read by over 15 million readers, every week and has contributions from over a 100,000 thousand writers from across the world.

Terribly Tiny Talkies, it’s short films brand, has produced over 30 of the country’s finest short films winning many international awards along with a Filmfare. As a platform, we deeply believe in the power of stories and their ability to shape the world.

About Colosceum Media
Colosceum Media Pvt Ltd is India’s fastest growing Independent-Multi-genre content firm. A strong belief in creative insight, used to deliver content that speaks and connects with a global audience defines the core of the company. This has led to the emergence of a highly talented and experienced core team of professionals led by CEO Lalit Sharma. Colosceum has now produced over 1800 hours of content across short fiction, branding and television; and is now making its foray into feature fiction and limited series.