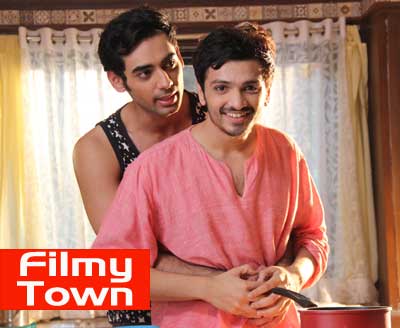 “For true change to be enabled, the conversations have to move from metros to Tier 2 and Tier 3 cities”, said Sridhar Rangayan, director of Hindi feature film Evening Shadows which has been released in theaters on Jan 11th. After its successful screenings in Mumbai, New Delhi, Kolkata and Bengaluru, the film will now screen in Nagpur, Hyderabad and Ranchi. “There are also plans to take the film to Chandigarh, Ahmedabad, Bhopal and many other cities in a phased manner. We want to reach out to youngsters and families with the message of acceptance”, said Rangayan.
Evening Shadows, the heartwarming family drama about a son coming out to his mother that he is gay, has had a very warm response from audience with several houseful shows in its limited run till now. The audiences have given it thumbs up as a family film that touches hearts, echoing what Shabana Azmi said earlier after watching the film at a festival, “This is a must-see for every Indian family”.
The film’s release is also a harbinger of hope for independent films, not LGBTQ films as it uses a theater-on-demand model facilitated by Vkaao, an initiative of PVR Cinemas. Through this platform any interested group of audiences can set up a screening of the film in their own city.
Pritesh Patel who is a clinical research professional and a world cinema buff set up a show in Hyderabad of the film Evening Shadows, which is now almost sold out. He said, "As a world cinema enthusiast, when the cinema-on-demand service Vkaao was launched in January 2017, I was very excited to start using it. Unfortunately, my last 4 efforts at screening a film did not bear fruits as I could not get the minimum number of people coming together to buy tickets for the screening. Am glad my 5th effort with Vkaao is successful with Sridhar's Rangayan's Evening Shadows.”
“As I know Rangayan personally, and since I had missed out on watching the film on the big screen earlier, I created the screening in Hyderabad. I have heard quite a lot of praise for Mona Ambegaonkar's work in the film, plus she's won a few accolades at the film festivals, so I was keen on watching the film on the big screen. Best wishes to the entire team for their future screenings in Hyderabad and other cities", he added.
The show of the film in Nagpur has found resonance with the NGO there working with LGBTQ community – Sarathi Trust, whose founder Anand Chandrani said, “Our Trust have been at the forefront of anti discrimination in the Vidarbha region for over a decade and are sincerely very honoured to showcase a movie of such caliber as Evening Shadows. The film questions the deep rooted social system that we all live in and helps to uproot this ignorance, so that future & present generations may be able to live life with dignity and make choices of their own, without the pressure of the family. Evening Shadows leaves all those that see it, with a sense of deep thought and introspection. We are absolutely delighted that Solaris Pictures has chosen Nagpur to showcase such a wonderful work of art!”
Evening Shadows will screen in Hyderabad and Nagpur on January 24th and Ranchi on February 14th at PVR Cinemas and tickets can be bought through BookMyShow.
The film stars Mona Ambegaonkar, Ananth Mahadevan, Devansh Doshi and Arpit Chaudhary in the lead, and has received a UA certificate from the censor board. The film features a melodious song ‘Surmaee Shaam’ composed and sung by Shubha Mudgal with lyrics by Saagar Gupta. The film has already won 15 international jury & audience awards and screened at more than 54 film festivals.
Tickets can be booked for Evening Shadows at