Mumbai:Bhojpuri super hit action hero Sudip Pandey’s Hindi feature film “ V for Victor” will be released in March. Till now he has acted as a hero in over 40 Bhojpuri films and has produced more than a dozen Bhojpuri films.After “V for Victor” he is set to make a biopic of RAW agent Ravindra Kaushik, titled “Black Tiger”. He will play a lead role of Ravindra Kaushik in that film. Some writers have already began a research and story-writing for the film. 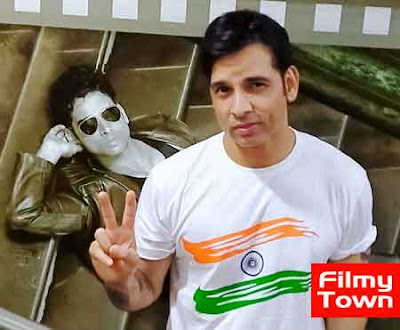 “My forthcoming film “V for Victor” is based on boxing and patriotism”, Sudip Pandey said and added that “It also has a character of a RAW agent. While selecting the characters for this film, I came to know about Ravindra Kaushik and deployed my team for research work”.


“Based on Ravindra Kaushik’s story, I will make my next film “Black Tiger”.The agents of RAW work for the country, but no one is aware about them. So much so, even their family members are not aware about their activities. If they are caught, even the Government doesn’t recognise them. Their life is hard and full of difficulties. That is the reason, I decided to make this biopic. The people should know about such patriots” Sudip Pandey said.