Written and Directed by Kanu Behl, produced by Terribly Tiny Talkies and Colosceum Media made its World Premiere at the festival 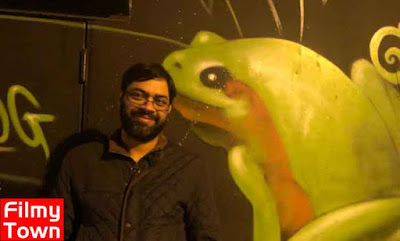 Binnu Ka Sapna was the only Indian Film competing at the festival this year.

Produced by Terribly Tiny Talkies and Colosceum Media, Binnu Ka Sapna is a 32-minute narrative short that plunges into a malignant psyche, exposing the ticking time bombs around us and the sparks that set them off. It goes through the harrowing transformation of a victim into an attacker, with society only serving as a catalyst. It marks the debut of Chetan Sharma as the titular Binnu.

Kanu Behl the director of Binnu Ka Sapna says, “I’m thrilled with the honour. It was a pleasure to see Binnu connect with a larger audience and to experience their reactions and love for the film first hand. I now eagerly look forward to the film’s release where it truly belongs - in India.”
Anuj Gosalia, CEO, Terribly Tiny Tales says, “This was our tiny step onto the world stage. Watching our film resonate with an international audience is a reminder that the most personal and important stories are often universal. We now aim to bring Binnu Ka Sapna to the Indian audience through a platform that is best suited to deliver this film.“

Lalit Prem Sharma, CEO, Colosceum Media says, “When you get so much love and validation from the audience it reaffirms the fact that relatable stories are all around us. This is just the beginning for “Binu ka Sapna” and India is where this dream will truly be realized“

Synopsis
Binnu has grown up hearing about his mother's first slap, 25 years ago; hit by his father merely for emerging from the same room as her own brother-in-law. Many years later, he leaves home. At a party, he sleeps with his Boss’ daughter, who he falls in love with. But things don’t go as planned. Binnu leaves town. Engaging in another romance in another city. But something is not quite right. Slowly, a strange paranoia begins to engulf his being. ‘Binnu Ka Sapna’ delves deep into a malignant mindset, trying to bare the ticking time bombs around us and illuminate the wicks that light them.
Labels: Binnu Ka Sapna Kanu Behl Terribly Tinay Talkies