Film Highlights the Plight of Children Braving Cancer and aims to generate funds for kids affected by the disease
Los Angeles, (Mar,2019) – Internationally acclaimed non-profit organization HOPE B~Lit has announced its new short film titled “Got Cancer” in collaboration with renowned sports personality and humanitarian Yuvraj Singh’s non-profit YouWeCan. The heart-touching docu-drama brings to fore the plight of children braving cancer globally while highlighting the importance of love, care, nutrition and mental attitude in enhancing the healing process in addition to medical care. 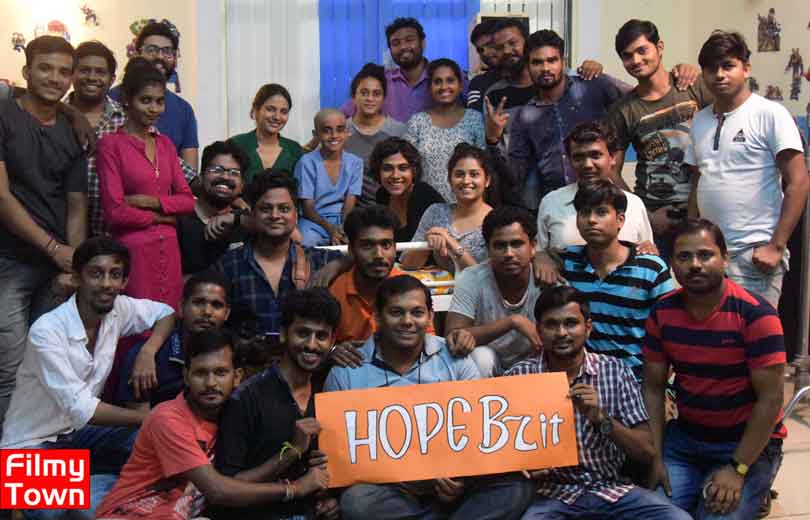 Since the launch of its newest wing ‘Voices Unheard’, HOPE B~Lit has taken dynamic action towards improving the lives of women and children. Through a series of short films highlighting social issues, the organization puts a spotlight on the issue in order to raise awareness. As producers of “Got Cancer”, the team at HOPE B~Lit raised funds in the US to highlight the problems caused by lack of insurance and monetary support for children with cancer in India.

According to the National Cancer Institute, each year in the U.S., there are an estimated 15,780 children who are diagnosed with cancer. Approximately one in 285 children in the U.S. will be diagnosed with cancer before their 20th birthday. More than 200,000 children worldwide are diagnosed with cancer. {WHO, World Health Organization}. Currently, children constitute 5.5 percent of total cancer cases in India according to the Indian Council for Medical Research. This percentage has doubled from ten years ago. In absolute numbers, this means that there are around 50,000 children suffering from cancer in India annually. Cancer is the second leading
cause of death in children between ages 1 to 14.

“When cancer strikes, our first emotion is “fear”, but our work with children has shown us that children with cancer deal with the disease with positivity and hope,” said Ruhi aka Rohini Hak, founder, HOPE B~Lit. “Their attitude toward a disease that is so heavily feared in the adult world is very inspiring.

We believe that no-one should have to fight cancer alone – especially not the young Braveheart’s.”
As adults we can learn from them not only to deal with the disease but also how  sometimes to un-condition our minds and handle other worldly struggles.

“We at HOPE B~Lit are fueled by passion and working in collaboration with other nonprofits gives us the opportunity to amplify the causes we believe in, making everything seem so much more doable! We found synergy with YouWeCan, the organization not only provides education to children with cancer, they support the families financially especially at a time after they have been afflicted by cost of treatment. Harnessing our aligned passion as an energy source, we hope to make a bigger difference in the lives of these children globally,” said Priyanka Banerjee, Communications Director, HOPE B~Lit. Patrons of Hope B~Lit like Tarsadia Foundation &
Rhythm & Melodies provided much of the funding that was needed to bring the project to light.

Inspired by a true incident, the film is written by Ruhi Hak and is enhanced by the sensitive & effective screen writing of Elizabeth Soto Lara. “Got Cancer” displays a unique perspective of children battling cancer with a positive attitude. The film also highlights the importance of proper nutrition in the fight against cancer and help avoid future relapse amidst survivors. “Got Cancer” is directed by Kankana Chakraborty. The feel and treatment of the movie was further enhanced based on the firsthand experiences of the creative director, who comes from a family where both her parents are Oncologists. “This movie means a lot and directing & working with inspiring
children who have cancer was a life changing experience. It is a subject profoundly close to my heart. The crew and team felt amazing to be able to work together & give back to the cause by using art.” The heartfelt capture via cinematography is by Mridul Sen, creative editing and sound by Kartikye Gupta with effective line production by Dhawal Pokle. Sonal Jha and Anisa Ani play the main characters in the film effectively supported by Nilay Paranjjpe & Poornima Phuse.
Proceeds from “Got Cancer” screenings will be donated to the YouWeCan Foundation. The foundation
Labels: Children Braving Cancer Got Cancer HOPE B short film YouWeCan