A L R aka Abhilash L R, Mumbai based singer songwriter after gathering appreciation in the indie musical circle is all set for his next release “Under The Sheets”. After experimenting with a lot of covers & an original song, "Under the Sheets" is A L R's second original released digitally on all streaming platforms . Talking about his previous release, he said "As cliche as it sounds, the last single "Why Didn't You" was a heartbreak number. Being an independent artist with very little knowledge about the industry and music production I wasn't really happy with how the song actually turned out. But as they say "Done is better than perfect", I just had to release it, get it out of my system and move on to the next one." 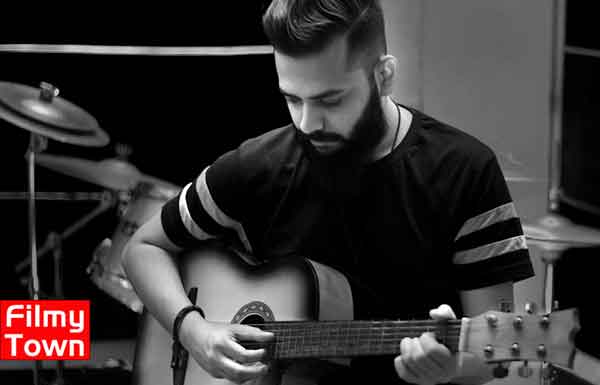 "Under The Sheets" is an intimate song which will connect you with your soul & revive those lost memories with your partner. A simple guitar-led melody with honest lyric makes it a perfect love song. The singer songwriter revealed that it was a very difficult process to write & compose this track as there are already a lot of love songs and it’s a challenge to stand out from the clutter. The idea originated from a very intimate personal experience and he wanted to express it in a way that a lot of others can also relate with.

Dedicating the release to everyone who are content in their relationship with their partners, he says "I truly believe that there is no feeling or emotion in the whole wide world more beautiful than Love & Happiness. From what I see around today, the true essence of love is getting lost. Thanks to today's social media first generation, people think that love is about the big, grand instagrammable gestures. But in reality, love is all about the joys of simple things & tiny little moments which makes you smile. So this song is just a reminder of that"

When you listen to the song, you can trace the influence of classic english/country music and modern songwriters like Damien Rice, Jack Jhonson, Ed Sheeran etc. What's really interesting is how A L R is a regular guy who works 9-5 in a cubicle and then makes music at night, making it all look so easy. When he is not writing songs, he dreams to escape and travel the world spreading music & smiles. Talking about his future plans in music he says "I have a few songs already composed but I want to first figure out few other important aspects of production & publishing which will help me reach a much wider audience, than I currently have. I’m currently in talks with an international label who’s backing my work"
Labels: Abhilash LR ALR songwriter Under The Sheets