Friday, 8th March 2018: Amour Convention and Resorts, Gurugram. Garnet & Gold presents Women of Influence Award 2019 which honors the women for their accomplishments & leadership roles in various categories. WIA'19 is engaging women from DIFFERENT STATES and honoring their Efforts and Achievements. The WIA’19 celebrates the sheer will and spirit of women who broke the barrier of inequality, patriarchy and stereotypes, who stood up and stood out. Women of Influence Awards 2019 envisions not only to honor the women for their remarkable work but also inspire and motivate women across the nation to break out of the cocoon and fly, sky is all theirs. 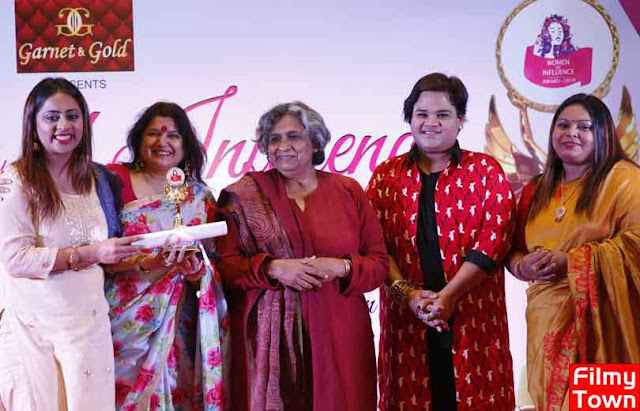 It's a one of a kind award and an initiative by Jacqueline Jindal the Director of Garnet and Gold. Garnet & Gold is a Public relations/ event and media communication. Garnet & Gold is looked up as one of the best solution providers in Event Industry. It not only deals but excels in numerous kinds and genres of events, be it Concerts, Sports events, Brand Activation, Corporate Events, Exhibitions, Seminars or Fashion Shows

Dr. Rajshri Singh Ji, IGP State Crime Branch, IGP Traffic and Highway Haryana was the honorable chief guest of the first ever Women of Influence Award. She is the founder of Road Safety organization and app. She has also been awarded with President Police Medal in 2012 for meritorious services.
The award Show began by the lighting of lamps by honorable chief guest IPS Rajshri Singh, which was followed by the Ganesh Vandana. The awards were distributed in sets of different categories. The two consecutive set of awards will have acts of cultural and artistic performance in between them. The event will be attended by delegates and burocrates of Gurugram. The award show was followed by the Lunch.