Nakkash is a sensitive, yet large hearted film - Zaigham Imam

Speaking at the trailer launch of NAKKASH, its director and story writer Zaigham Imam emphasized that the film depicts sensitivity in human values and carries the strong message of brotherhood. 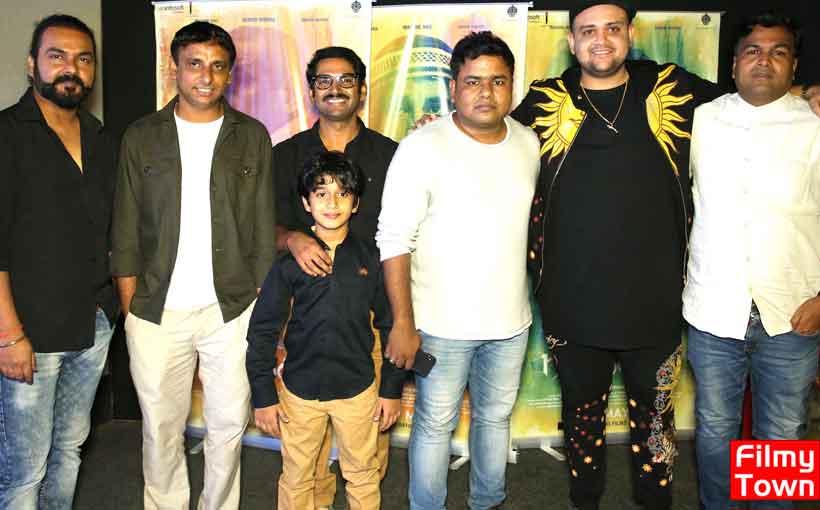 The trailer of the upcoming Hindi film Nakkash was launched on 8th May, 2019 at the Cinepolis, Andheri-West, Mumbai. After receiving the green signal from the censor board, the trailer of the film was made available to all. The Director Zaigham Imam, producers Pawan Tiwari, Govind Goyal, Inaamulhaq, Sharib Hashmi, Harminder Singh, Editor Prakash Jha, Piyush Singh, Music director Aman Pant at the event. A well known actor-director Tigmanshu Dhulia was also there to grace the event.

Under the banner of ‘AB Infosoft Creation, Jalsa Pictures & Padmaja Productions’, the film is helmed by the award winning director Zaigham Imam and is produced by Pawan Tiwari & Govind Goyal. Zaigham Imam is also one of the producers of the film. The film’s star cast includes Inaamul Haq, Sharib Hashmi, Kumud Mishra, Rajesh Sharma, Pawan Tiwari, Harminder Singh Alag, Gulki Joshi, Sidharth Bhardwaj, Shobhna Bhardwaj, Simala Prasad, Ravi Bhushan Bhartiya as well as Anil Rastogi. The music has been crafted by Manan Mishra and Aman Panth is the music director. Sumit Mishra is the art director of the film, Prakash Jha is the editor and Asit Biswas did the cinematographer of the film. The film will be distributed by Mates Entertainment and will be released by Golden Ratio Films.
Nakkash is a socio-political drama shot in the backdrop of Varanasi.

Nakkash deals in uniqueness of love towards the mankind and its generosity. It follows the religion of love and forgets the race of religions which had been started by humans only. It teaches to leave the hatred and to follow the path of peace & love. God and Allah are the same; your work is your God. So follow it with a complete passion.

Nakkash is the story of an artist named Alla Rakha Siddiqui, who is a widower in present Varanasi and lives with his only son Mohammad. Alla Rakha is a muslim man who works on the designs and engraves the idols of Gods in the temple. Everyone in his community looks down upon him and also his son, Mohammad gets refusal for Madrasa admission because of Alla’s profession.
The trustee of the temple, Bhagwandas Tripathi aka Vendanti ji supports Alla a lot as he respects his art & creativity, which he believes is given to him by God.
Soon, Alla gains popularity as a symbol of accord with a news article for which Munna, an aspirant politician loses his election ticket. What happens to Alla, a cast-off from his commune and disdained from Munna is the tale of NAKKASH ‘The Craftsman’.

On this occasion, Director Zaigham Imam said that "Today! When the controversy arises on the right to speak, the film Nakkash shows the real scenario of human values and the brotherhood in the country. The film has realistic views of Hindu –Muslims relationship. Being a Muslim, I want to say on this forum that this country is mine as much as its of a person who belongs to any other religion and I have never experienced any religious discrimination in my entire life.”
On this occasion, Piyush Singh of Golden Ratio Films said that "We are very impressed with the film Nakkash and will always promote such films which have message and which vocalise the brotherhood & human values.
Labels: Inaamul Haq Kumud Mishra Nakkash Sharib Hashmi Zaigham Imam