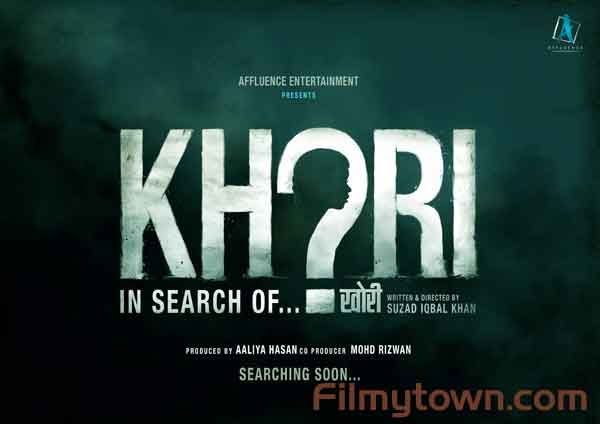 Ever heard of a word Khori?

Well, habitants of Himachal Pradesh must be well aware of it. Khori is a tradition in Himalayan belts which helps to find the missing people. There are times when human efforts fall short to track a missing person.

Khori is a process which enables to track missing people and is practiced by special sect of people. Though it has no proven scientific ground, it’s still a go-to process for many who has lost hopes. Khori is still one of the most popular traditions followed in Himalayan belts to Find the Unfiundable.

Producer Aaliya Hasan was keen to throw light on this lesser known Himalayan tradition. She has produced a film aptly titled Khori which is being written and directed by Suzad Iqbal Khan.

The first title poster which will give an idea of the content of the film. Mohd. Rizwan is the co-producer and this supernatural thriller is going to be a must watch film.

Produced under the banner Affluence Entertainment, Khori will hit the screens very soon.