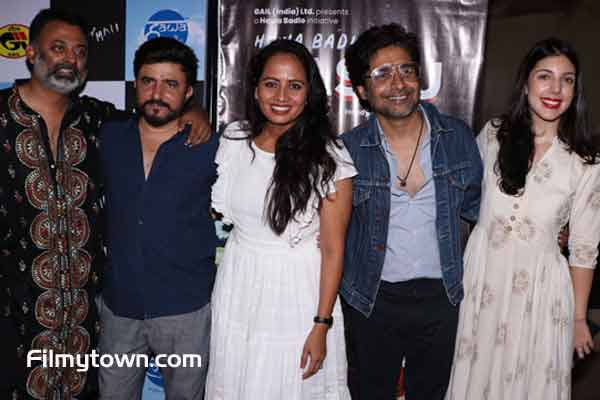 Hawa Badle Hassu is a sci-fi Environmental thriller series released on Sony Liv. The web series was recently premiered at the screening night in Mumbai with cast, crew and members from the fraternity.