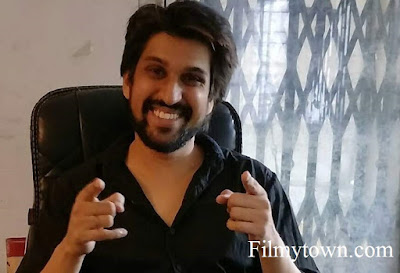 Abhishek Bhatnagar is a Mumbai based script writer and indie filmmaker.
He was a student of Mass Communication from MBICEM College, New Delhi, though he left his college mid-way and came to the MAYA NAGRI – Mumbai for pursue his interest in writing scripts and screenplay.
In 2012 he assisted veteran television writer Kamlesh Kunti Singh in his Zee TV show ‘Afsar Bitiya’. Abhishek was a co-writer for 2014 Bollywood mumblecore film ‘Chal Bhaag’ starring Deepak Dobriyal and Sanjay Mishra.
In 2017-18 he had also written and directed two short films ‘Lif’ and FATboy’ .
Bhatnagar strongly believes in rise of Indian New wave Cinema and desires to be a part of it. He wants to make mainstream as well as art house films. Being an indie filmmaker he doesn’t have budgets for his scripts but he says his French ‘buddy’ Godard has told him, that all you need for making a movie is a gun and a girl.
Labels: film director filmy town filmytown