Manhunt India 2019 will hunt the most handsome Indian

Manhunt India 2019 was announced amidst fanfare with its Indian Associate Director Riitu Sood welcoming the media in the presence of Rosko Dickinson, President of Manhunt International and Ahmad Kabir Shadan of BloomFair Productions and National Director of Manhunt India. 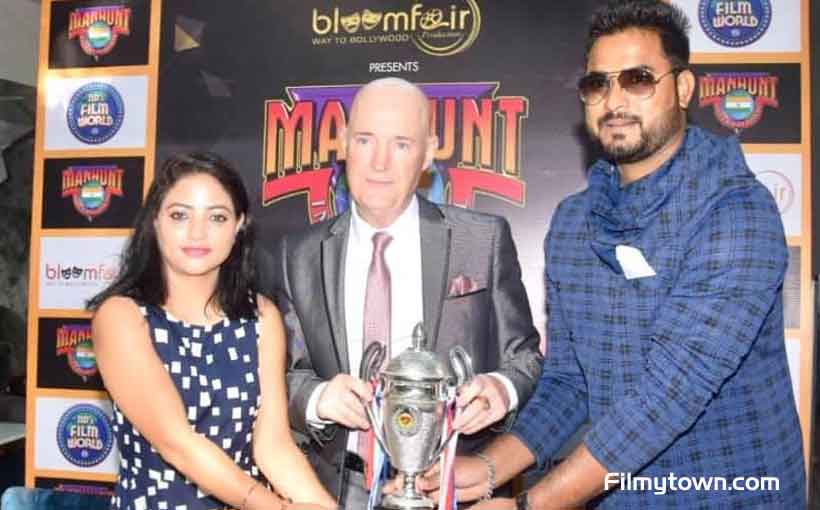 “I am fascinated about being in Bollywood and am extremely pleased working with Kabir and Riitu who were the earlier arrangers of Manhunt in the UAE,” expressed the Australia based Rosko Dickinson who mentioned that theirs is the premier most Manhunt International, now in its 26 year.
“There are many handsome males in India, with Rajeev Singh being named Mr Manhunt International in 2001, and I am positive that it will be another Indian male bringing the crown to India,” Riitu Sood hoped.
The auditions in India will be held in Delhi, Chandigarh, Bangalore, Hyderabad and Mumbai between 18 August to 6 October, culminating into its finals to be held on 25-27 October which will be held at ND Film World in Karjat, Mumbai. The winner will represent India in the World Final which will be contested along with 40 International models from all over the world and will be held in Phillipines between 15-23 February 2020.
What makes Indian males so attractive to the world? To which Ahmad Kabir mentioned, “Indian males have God gifted skin complexion and they have a history of its rich culture and heritage.”
John Abraham, Dino Morea, Muzammil Khan and Karan Singh Grover are among those who have won the Manhunt India contests and are now successful in their Bollywood careers.
This is the first year that Bloomfair Productions are associated with the International Manhunt contest which is owned and  managed by an Australian firm which is headed by Rosko Dickinson.
Labels: 2019 Ahmad Kabir Shadan handsome Indian male Manhunt India Riitu Sood Rosko Dickinson