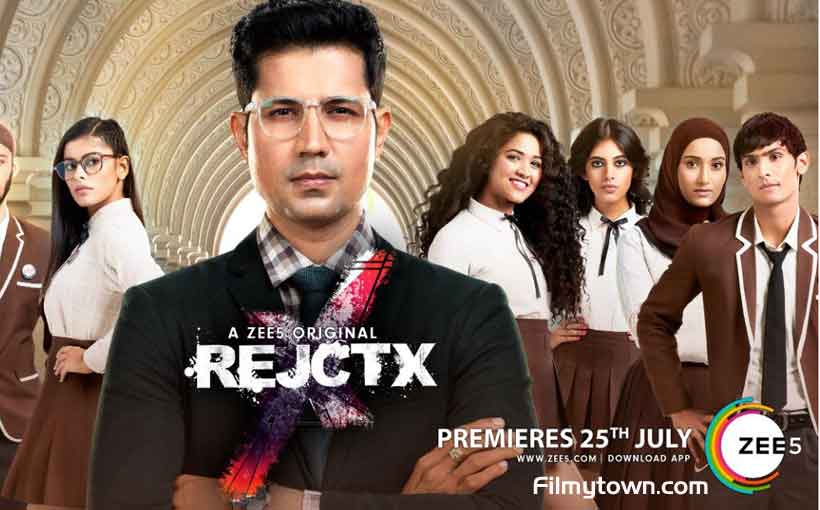 ZEE5 doesn’t stop to surprise us. It is back with yet another gripping thriller web series RejctX (spoken as rejects) with the backdrop of a glossy college that reminds one of the glossy-chocolaty several high school dramas of recent times in Bollywood.
Created by Goldie Behl, you can watch RejctX on ZEE5, while the first trailer reveals about the preps of a group of students who are trying to establish their identities. Harry is a failure, Mary struggles with her inner identities, which appear something about the split personalities within her. There are other students (characters) with their distinct backgrounds. In short, each of them feels within about being a misfit in the international college campus in Singapore.
Goldie Behl is the producer of Bollywood feature films London-Paris-New York and I, Me aur Main and has directed Drona and Bas Itna Sa Khwaab Hai. He has also produced and directed several television serials. Goldie is making his digital debut with RejctX which has Sumeet Vyas and Kubbra Sait along with Anisha Victor, Ridhi Khakhar and Ahmed Masi Wali who bring spice and pep in this glossy college thriller-drama.
While Goldie is said to have mentioned in the media that RejctX captures the thought process of today’s teens addressing crucial teen issues which unfold through the eyes of seven friends and their journey of finding their voice.
Read more at: www.filmytown.com
Labels: Goldie Behl mystery thriller RejctX web series ZEE5