Neil Nayyar is only 13 years old, dedicated his life to music but there is a difference that he had learned and mastered 44 instruments in 2017 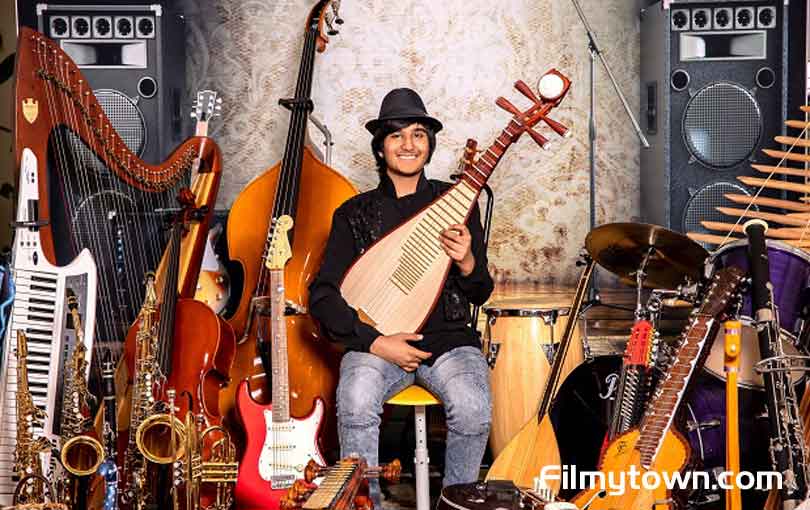 Elk Grove, California -
It takes most people decades to master an instrument.  Some study at university and prestigious conservatories, dedicating their lives to a single instrument.

Nayyar started his musical journey when he was five at a free drumming class.  It was immediately obvious he had an extraordinary gift with music.  His interests in musical instruments runs from some of the most familiar like the guitar and saxophone to the obscure Indian instruments such as the Saraswati veena and the Vietnamese T'rung.

He holds two world records from the Assist Foundation, an organization that provides resources to students around the world.  He has interviewed for interviews on America's Got Talent, The Steve Harvey Show and several local network television affiliates.

Given the fact Nayyar can play several different instruments from all over the world, he can play anything from Classical baroque to today's best country hits and everything in between.  He credits his love of music to his parents, who had him listening to classical music while still in the womb.

Nayyar spends approximately six to eight hours a day practicing his various instruments.  He has face-to-face instructors as well as instructors over Skype from Italy, India and China, totaling some 25 different instructors.  A large number of his instruments, however, he has learned to play 100 percent by ear.

His dedication to music is supported by his parents, who home-school him so Nayyar can continue learning and studying musical instruments.

Nayyar's ultimate goal is to work in the music industry.  He has several different paths.  He is currently thinking of composing, education, musical direction and being a writer.

"I have been very fortunate to have supportive parents who have helped me along my way with my passions for music and instruments.  Needless to say, there is a large portion of our home dedicated to my passion for instruments.  I do not plan on stopping learning new instruments as I discover them.  It is only a matter of time," said Nayyar.

Outside of his interest in music, Nayyar enjoys dance, including hip-hop, jazz and Bollywood, martial arts and painting.

Nayyar is also a huge fan of Bollywood actor Salman Khan and has recently signed with an acting agency with offices in  Los Angeles and New York.  Since last year, he has taken acting classes and attended a five day acting convention in Los Angeles.  His resume and headshots were reviewed by one of the agencies, and he signed the contract last month.

He has been pre-selected to audition for a Honda commercial, so his appearance on the small screen may not be far away.