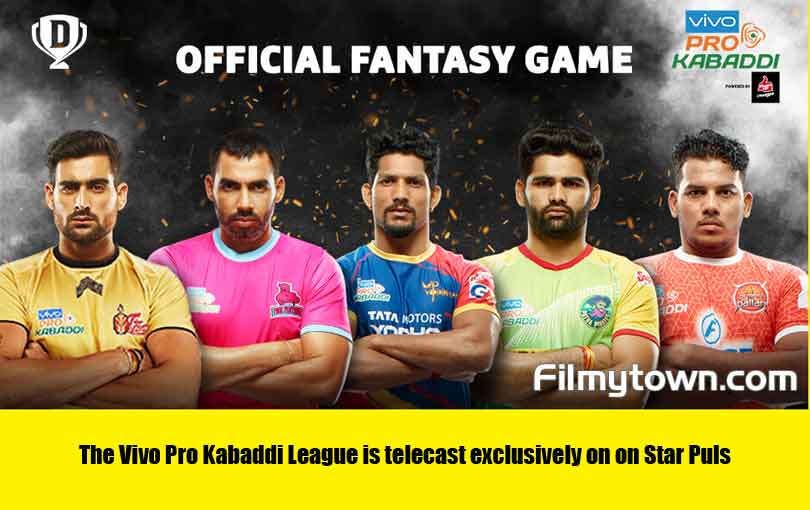 Get set for some mouth-watering 'Panga' with Vivo Pro Kabaddi League 2019 entering the most interesting phase of upsets and surprises in its teams standing list. Pro Kabaddi League has the second-highest viewership among the sporting events in India.
Cricket left aside, this time it is Kabaddi - the sport that originated in ancient India that has rapidly gained popularity. The Pro Kabaddi League – PKL was launched in 2014 by Mashal Sports in collaboration with Star India and is backed by the Amateur Kabaddi Federation of India. The league has seen tremendous growth over the past seasons.

The Uniqueness of this league is that encourages young talent from the hinterlands of the country owing to its outreach over the last several seasons. Pro Kabaddi League's fifth edition has four new teams along with its existing eight teams, thus making it to a total of twelve teams which makes the kabaddi competition all the more intense and gripping.

With Dabang Delhi K.C. leading the points table, being followed by Bengal Warriors, Haryana Steelers, Bengaluru Bulls, U.P. Yoddha and U Mumba who are amongst the top 6 teams. Upsets are bound to occur with Jaipur Pink Panthers and Patna Pirates yet to unleash their true potential and give the Mumbai, UP and Bengaluru a tough challenge to retain their position to qualify for the playoffs.
To put it in simple terms, the format of Pro Kabaddi league is that its 12 teams are divided into two zones of six each. Each team plays a total of 22 matches in the league stage: 1. Teams from the same zone play each other thrice, totalling 15 matches in the zone. Top 6 teams qualify for the playoffs

The key people behind this league are Anand Mahindra of Mahindra Group and well-known cricket commentator Charu Sharma who founded Mashal Sports that has promoted and exclusively managed the Pro Kabaddi League. “I always felt it is important to encourage other sports (compared to cricket), especially those that bring communities together and promote active lifestyles to Indian youth,” says Anand Mahindra.

And now for those who are yet unaware about the game. Kabaddi is a contact team sport, played between two teams of seven players. The objective of the game is for a single player on offence, referred to as a "raider", to run into the opposing team's half of a court, tag out as many of their defenders as possible, and return to their own half of the court, all without being tackled by the defenders, and in a single breath. Points are scored tagged by the raider, while the opposing team earns a point for stopping the raider. Players are taken out of the game if they are tagged or tackled, but are brought back in for each point scored by their team from a tag or tackle.