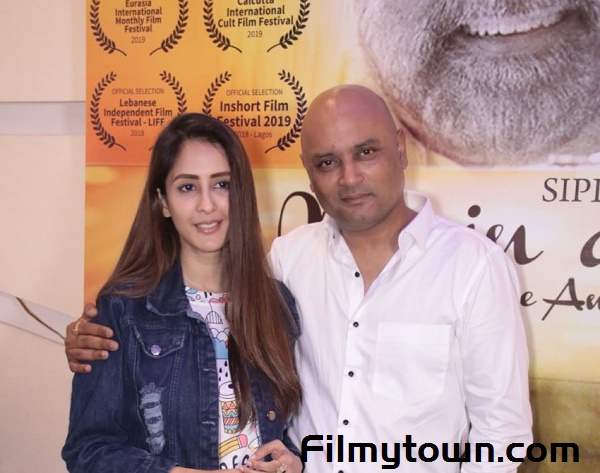 The launch of the short movie Main Aur Papa was done with much fanfare amidst the media. The entire cast which includes Abhimanyu Singh, Samay Thakkar and the director Raja Ram Mukerjee was present. The preview of the film was done in zee studios in fun Republic in Andheri with media and guests in attendance. The audience gave it a standing ovation and the director seemed absolutely humbled by the response. The film Main Aur Papa will be available on the short cuts.

The film takes us on an emotional journey of a father and his son, the realization of the love of the father after he is no more. We spoke to the director and here is what he said, " this film ia dedicated to my father. A lot of it has come from the instances come from my feelings and relationships with my father. And the response today at the launch was humbling. Now waiting for the audience. Please give your feedback. It's much-awaited "

The film is available on YouTube on the channel called short cuts and we would love to hear it from you in the comments section.
Labels: Abhimanyu Singh bollywood Main Aur Papa Raja Ram Mukerjee Samay Thakkar short film