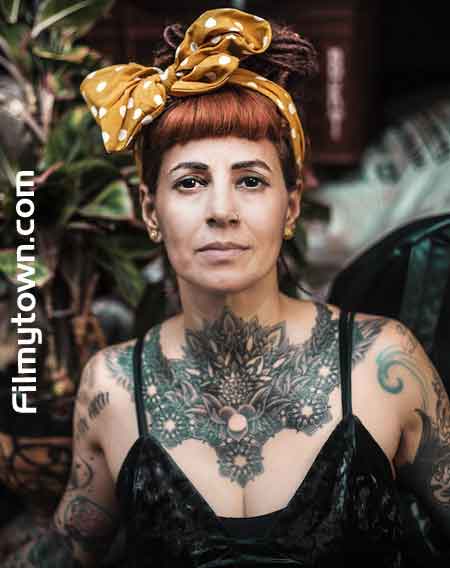 
Mumbai, 11th September 2019: After winning the hearts of audience across the world, renowned Celebrity Stylist Sapna Moti Bhavnani’s award-winning directorial debut Sindhustan is all set to have its Asian Premiere at the prestigious Jio MAMI 21st Mumbai Film Festival with Star in the India Story section.

The film started its journey with MAMI's TalkDoc in 2018 and made its World Premiere at NYIFF 2019 where it won the Best Docu Feature award.

Sindhustan has travelled to prestigious diaspora film festivals across the world and won six awards including Griffith Film School Award at DocEdge Kolkata 2019. The film was recently screened at Caleidoscope Indian Film Festival of Boston and won the Caleidoscope Best Historical Narrative Award.


Excited about Sindhustan’s Asia Premiere at Jio MAMI, Sapna says, "My documentary started its journey with MAMI's TalkDoc in 2018.  This gave a first-time filmmaker like me a chance to speak with the who's who of the international documentary world before embarking on my edit journey.  Since my documentary is all about questioning home and the absence of roots nothing gives me more joy than bringing it to sweet home Mumbai on a platform like MAMI.  With a wonderful curation of films and an incredible audience and ambience there is nothing more a filmmaker needs. I am proud to have my Asia Premiere here; at home.”

She adds, “Screenings in Chicago and Mumbai back to back is an extremely rewarding and emotional journey for me.  Chicago is where I "grew" up, got my first job at 18 and understood what freedom of personal expression truly meant. Bombay is where I understood the importance exploring different mediums to express that freedom in, be it hair, writing, film, or skin.”

Sindhustan is a fascinating exploration of the Sindhi community’s migration to India narrated through a series of extensively designed body tattoos, all of which are illustrated on Sapna Moti Bhavnani body. Through the documentary, Bhavnani attempts to also dwell into her roots and the history of the Sindhi community, which migrated in large numbers to India from Sindh during the India-Pakistan partition. The title Sindhustan also refers to the River Sindh, which is Asia’s largest river flowing through India and forms an important part of India’s history.

The film is edited by Kabir Singh Chowdhry who had directed the Jio MAMI 2018 Grand Jury Award-winning mockumentary Mehsampur.

Sindhustan was inspired by an interesting conversation that occurred between Bhavnani and her maternal grandmother many years ago. Bhavnani was visiting India after staying in the U.S for 14 years. During this time, she was considerably inked, she was desperately trying to hide her inked body. Her grandmother who herself sported tattoos remarked “Sapna, you are so old fashioned”.

Sapna was taken further aback when her grandmother said, “You know, when we first came as a human race, we didn’t have countries or governments, we lived in extended families and we all had our markings. We all looked like you. I’m happy to see to you are going back to our roots, your roots.”

Bhavnani was surprised by this statement made by her grandmother as till then she believed the tattoos was her way of rebelling against the Indian culture.

Sindhustan derives its title from the Sindhu river. Also, when the Persians came to India, they had difficulty pronouncing ‘se’ and used the alphabet ‘h’ instead. So Sindhu became Hindu and the Hindustan was used instead of what could have been Sindhustan according to Bhavnani.

The celebrity stylist has worked on the documentary for a period of 7 years. During the process, she spoke to people from India as well as Pakistan hailing from the Sindh region, as she wanted to cover all the perspectives of its fascinating history. She also took the help of her friends from Pakistan for shooting footage of the Sindh. And thus, the documentary Sindhustan was finally made.

Sapna has naturally assumed poster-child status as a powerful female figure. She traverse’s mainstream success with just as much ease as she skirts the underground youth art & culture movement. Ageless, fearless and forever metamorphosing in her endeavors, Sapna has recently begun giving her celebrity-hood the voice of an activist.

Currently Sapna is writing a book tentatively titled “Chapter One,” The Creative Producer for award-winning film Mehsampur, and starting the festival journey with her directorial debut documentary called “Sindhustan.” Sindhustan was picked as one of the 24 films to pitch at DocEdge Kolkata where it won The Griffith Film School Award.

AKBAR PAINS is an INDIAN Independent entertainment company founded on August 28, 2018, by Sapna Moti Bhavnani and Kabir Singh Chowdhry and is based in Mumbai, Chandigarh and Kamshet.
At AKBAR PAINS we make indie films of complex cut, capable of capturing the attention through the originality of the idea. We respect the director and his/her vision and like taking risks with authors with an unusual vision rather than working with the orthodox.

AIFF May 2019
Excellence In Cinema Award