Varun Dhawan’s film 'Coolie No.1' is the first film set to go plastic-free! 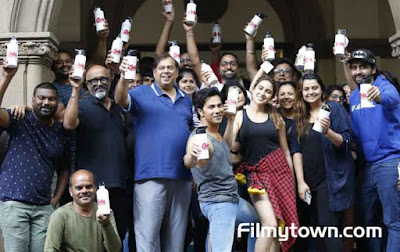 Varun Dhawan and Sara Ali Khan starrer 'Coolie No 1' has been in the news ever since the announcement of this fresh new film.

Owing to the current environmental situation, the makers of the film along with PEIL have taken up a very needful initiative.

They have decided to go plastic-free on the sets of their film and have provided the entire cast and crew plastic free sippers.


This is the first time in Bollywood that an entire set has gone plastic free while shooting.

The actors along with the producers took social media to post about this.

The environmental friendly initiative taken by the cool cast and crew of Coolie No.1 will surely help in spreading a good message.

Pooja Entertainment presents, directed by David Dhawan, Coolie No 1 starring Varun Dhawan and Sara Ali Khan produced by Vashu Bhagnani, Jackky Bhagnani and Deepshikha Deshmukh, is all set to release on May 1, 2020.