Priyanka Chopra promotes Bollywood film in the US

In support of Indian Cinema, PeeCee's hosts' screening of Gully Boy in LA 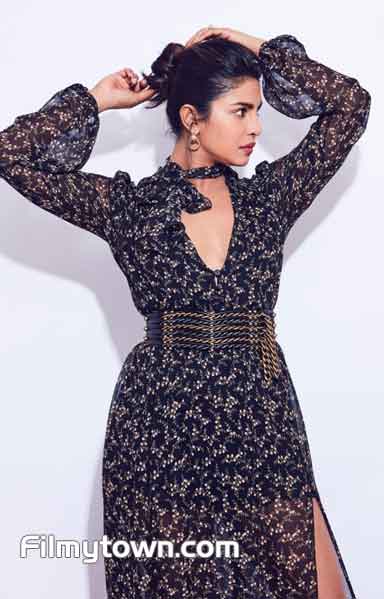 Actor Priyanka Chopra is a global icon for a reason. She has made India proud with her work both on home turf and international platforms.  And everywhere she goes, PCJ has always taken India along with her.

She proved her support and love for Bollywood once again when she recently hosted a screening of Hindi film Gully Boy, India’s official selection to Academy awards.

Gully Boy, directed by Zoya Akhtar is the official entry in the upcoming Academy Awards. The screening was hosted at the Ray Kurtzman Theatre in Los Angeles on October 14.

Priyanka, who has put India on the global map and has been a strong advocate for Indian films and talent on various international platforms.

Her achievements on the international platform are growing by leaps and bounds. In more recent news, she brought the NBA to India for the first time.

While this was just another gem in her crown, Priyanka Chopra Jonas has been ruling the global scenes in many ways.

Priyanka is also the first South Asian to be cast as the lead in a major prime time American TV with her show Quantico, which was a huge success.
Labels: Gully Boyt Los Angeles Priyanka Chopra Ray Kurtzman Theatre Zoya Akhtar