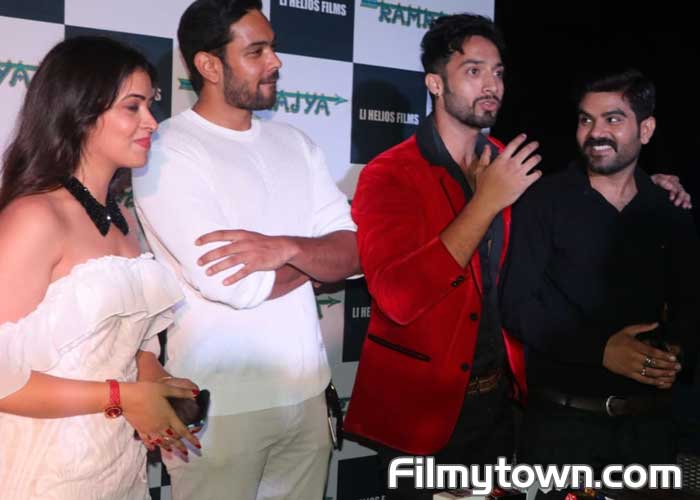 Speaking at the grand trailer launch of his upcoming debut Bollywood film, Aman Preet Singh mentioned, "Our film will entertain you with full humour. It is nostalgic, has songs, romance, dance, fights and even the family drama. RAM RAJYA will give full value for money and it carries a message for the society to reunite our country above religion, caste or creed.
"Ram Rajya means a ideal society, where people of every caste or belief can live without any difference, they live together in love & peace," added producer Prabir Sinha.

Writer Shivanand Sinha said, Ramrajya is known from ancient age, where when Shri Ram, was Raja of Ayodhya, there was no difference between rich or poor, he gave justice to every needy person, there was no place for greed, selfishness or religious misunderstanding, he looked everything regarding better education, food, health and cleanliness, also about security of his Rajya. This was Ramrajya.