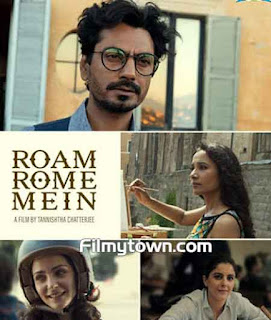 Roam Rome Mein to be a part of Discovering India section of 2019's edition of the Jio MAMI 21st Mumbai Film Festival. Section Discovering India presents films that see India from the outside lense.  Over the last two decades, MAMI has become one of India's leading film festivals. The festival this year will start from 17th October to 24th October 2019 in Mumbai.

The film will also be a part of the Rome film festival this year. This prestigious film festival is scheduled from 17th October to 24th October 2019 across multiple fascinating locations of the ancient city of Rome.

Roam Rome Mein is a psychological drama. It is a feminist film with a male protagonist.