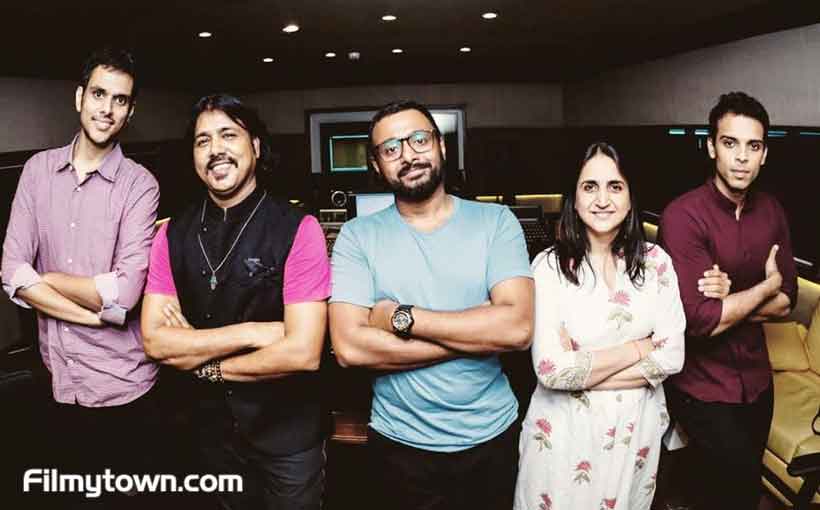 We have got some news! Music director and singer Anand Bhaskar recently collaborated with a renowned contemporary folk music artist for his band Anand Bhaskar Collective’s upcoming EP titled ‘Ufaq’.

“For our upcoming EP, we wrote a song, that for the first time, had folk influences in it. We wanted to collaborate with another musician on it and all of us at Anand Bhaskar Collective unanimously thought of Mame Khan. This was obviously an aspiration for us, but never in our wildest thoughts did we think that Mame Khan would agree to come on board and bless a significant portion of our track with his gorgeous voice,” said an elated Anand Bhaskar, who has recent hits like Shabashiyaan from Mission Mangal to his credit.

‘Ufaq’ will be Anand Bhaskar Collective’s third offering to their fans after releasing two full length albums ‘Samsara’ and ‘Excuse Me’ back in 2014 and 2017 respectively.

The song has been produced by violinist and composer Ajay Jayanthi, while Ginny Diwan has written the lyrics for it. Incidentally, Ginny is also the lyricist for all the songs in Mirzapur Season 01 and Season 02, has constantly collaborated with Anand Bhaskar on many projects.

Anand, who has previously also sung the track Get Ready To Fight Again from Baaghi 2, has an impressive repertoire of work as a solo composer/music director. Aside from his advertising work, the singer-composer recently hit the headlines with his work for the hit web series ‘Mirzapur’. Anand composed all the songs of the series in Season 1 and is now all set to finish composing songs for the second season.

Well, given his line of work, we can't wait to hear him and Mame Khan together. Can you?
Labels: Ajay Jayanthi Anand Bhaskar Mame Khan Ufaq