Shooting bold scenes was one of my biggest horrors - Gaurav Alugh 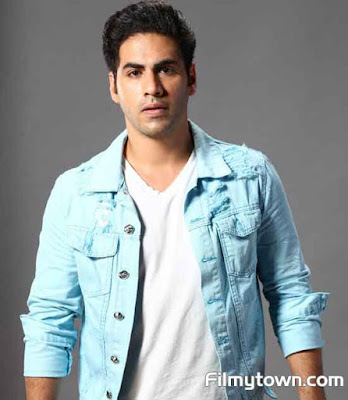 The most popular Indian horrex franchise Ragini MMS Returns launched it's new season recently on ALTBalaji and ZEE5. Offering a double dose of horror and entertainment the duo totally justified their promise of ‘Do mein zyada mazza hai’. The latest season has been trailblazing through the internet and winning the hearts of its audience with the launch of 9 episodes on both the platforms. Apart from the popular real-life couple Divya Agarwal and Varun Sood playing the lead, the show also has a host of other talented actors like Sneha Namanandi, Navneet Kaur, Thea D'souza, Sakshi Gupta, Rishika Nag, Aarti Khetarpal, Antara Banerjee, Archana Vadnerkar, Gaurav Alugh, Vicky Rathod, Mohit Duseja, Diljaan Sayyed and Subir Rana Gupte. While talking to one of the actors, Gaurav Alugh, who has stunned everyone with his fabulous look and performance in the series spills some interesting facts and behind-the-scenes, anecdotes from the set of Ragini MMS Returns 2.
Gaurav Alugh who plays one of the lead characters in the series talked about his experience while shooting for the series. Always wanting to work in a youth-oriented show, Gaurav enjoys his work in every manner. Charming people on set with his humor and pranks, he is popular amongst the entire cast and crew of the series. Talking about the show, Gaurav dropped a rather shocking truth bomb about his bold scenes.
Confessing about the same Gaurav shares, "I was nervous while shooting intimate scenes in the series and they turned out to be my biggest horror. While I have shot a couple of bold scenes in my previous projects but I was a tad bit anxious while shooting for Ragini MMs Returns 2. But with my director’s guidance and the support from my co-actors, it turned out to be pretty well. I am really happy and excited to see the overwhelming response from the audience and it seems that my hard work has indeed paid off."
Recognized as the most popular Indian horrex franchise, Ragini MMS gained immense popularity in the country with its two feature films, and one adapted web-series – Ragini MMS Returns. The latest season is an exciting addition to the franchise.
Ragini MMS Returns 2 streaming now on ALTBalaji and ZEE5
Labels: Alt Balaji Gaurav Alugh Ragini MMS Returns ZEE5