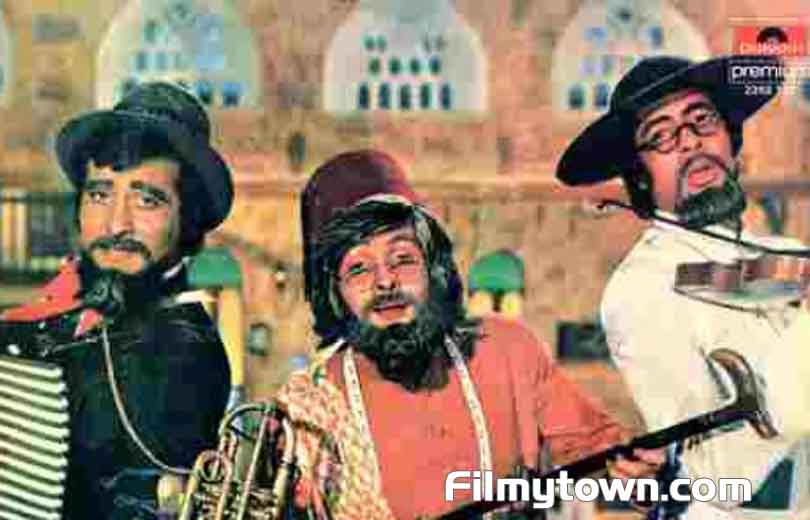 This blockbuster  - AMAR AKBAR ANTHONY was released on 27th May 1977. By then the stars of this movie were well known and stars in their own rights but one amongst them was more than the proverbial first amongst the equal.

He was none other than Amitabh Bachchan, who had by then attained stardom and though this movie was a multi-starrer, it firmly entrenched him as the new superstar his ‘angry young man’ image was already accepted but with this movie he added one more facet to his acting skills i.e. comedy. Till that time most movies had a full time comedian in the form of Mehmood, Jagdeep or someone to provide comic relief but this movie changed all that with the hero also donning the role of comedian.

His contemporary and also in race for superstardom, Vinod Khanna was also in this movie, but this movie took Big B (as Amithabh is fondly called) leagues ahead. 1977-78 was one of the most productive period of his career a purple patch where he gave hit after hit may it be Don, Trishul, Kasme Vaade, Khoon Pasina etc. This movie was produced and directed by Manmohan Desai it was an out and out a Manmohan Desai brand masala movie with the oft used lost and found formula. This movie promoted national integration and religious pluralism.
Read the full review - revisited by PAWAN GUPTA at: http://filmytown.com/movies/amar-akbar-anthony-movie-review/
Labels: Amar Akbar Anthony Amitabh Bachchan Neetu Singh Parveen Babi Rishi Kapoor Shabana Azmi Vinod Khanna