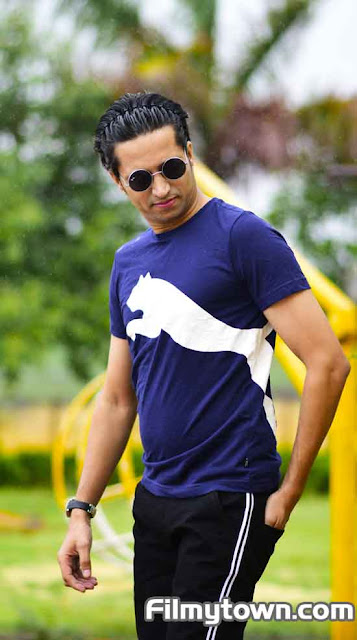 Among the promising newcomers in the Bollywood industry is Faizan Ansari, who is a host and an accomplished actor. Faizan is not new to the industry as he had to go through the grind of this glamorous industry.


Been around for a couple of years in the Media and communication industry related to the filmy world, very soon Faizan would be making his Bollywood debut. "Having no Godfathers in the industry doesn't bother me as I am confident of my acting talent. It is impractical for me to wish for getting signed for a mainstream big-budget films. Hence I am presently focusing on web series and originals. Very soon you can hear some news of me being featured in a music video," uttered this 6 feet tall, slim framed youngster.


"Songs and dance are the basics of our 'Hindustan actors' and these are the basics where an actor has to excel," Faizan reasons it out. Industry is abuzz with the talk of this fresh youngster appearing alongside an International female model. Though he is an MBA from National Institute of Management in Mumbai, Faizan was born in Bhopal and hence it is evident of his roots in the state that is the heart of India - Madhya Pradesh.


As mentioned earlier, Faizan Ansari has come up the ladder with his hard work and sheer determination to have made a mark in Bollywood. Its been a while that Faizan has hosted talk shows with the biggies of Bollywood like Remo Desouza, Subhash Ghai, Sunny Leone, ex Chief Minister's wife Amruta Fadnavia, Kainaat Arora, Rajpal Yadav, Mikka Singh, Jasleen Matahru, Raftaar and Shaaan to name a few.


Now it is just a matter of time that the nationwide Lock-down is lifted and soon it would be the 3 Magic words - Light, Camera and Action time for Faizan Ansari.
Labels: actor bollywood Faizan Ansari Host