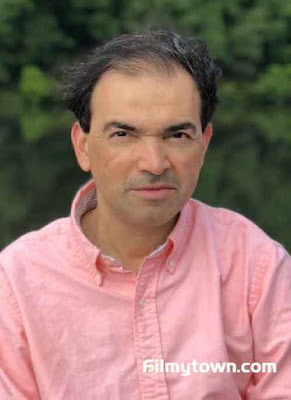 First things first. Life, post lockdown can only start post lockdown. We can start by imagining how life would be, should be, could be. What we picture may or may not pan out exactly. But let us get one thing clear. The current state of lockdown is not infinitely sustainable. Correction, it is not even finitely sustainable. It will end one way or the other. The phased end of the lockdown is as smart as it is inevitable. If it had not ended, it could have erupted in an apocalyptic, anarchic meltdown, the likes of which our subcontinent, given its storied, strife-prone history, has not seen yet, or knowing our population, it would have just withered away, with everyone assuming that it is a custom more honored in its breach, whether it was sanctioned or not.

Second things second. Why is an NRI so involved? For many of us, India is not only our parent country, but our parents are there. So whatever corner of the world we are in, rather than local news, we are watching Indian news. In the news business, sensation, not truth, is what sells, but in rare occasions when the truth itself is sensational, what can the media do! This is sexier than a sex scandal. This has more glam than a scam.

Third things third. We can stop fantasizing about what would have happened had we not locked down or had we locked down a month earlier. There is no percentage in thinking about it. Remember while playing one day cricket, we reach 40 overs and the total to chase looks insurmountable and we say, we should have played faster earlier. Yeah, okay. Once I had asked a cricket wizard’s advice on playing a one day match.  He told me sagely, while drinking Thumps up at my expense, that my team should get the other batsmen out without letting them score runs and then we should score runs, fast but without losing wickets and then we have a good chance of winning. Brilliant. While we are pondering such impeccable but irrelevant logic, let us look at Sweden. Actually let’s not look at Sweden. Or maybe lets look at Sweden to know why we shouldn’t look at Sweden. Sweden is, in a way, world’s lab test. Sweden did not do a lockdown and while it is worse than its similar neighbors like Denmark, it is miles better than UK or Spain. But whatever solution India comes up, it will be customized to India, both by necessity and design. When I first drove north of Stockholm in Sweden, I drove at 112 kilometers per hour for 3 hours without seeing another car. When I drove around in Mumbai for 3 hours, I saw more people than half the population of Sweden. At times, authors exaggerate to drive home the point. This is not that time.

Did the lockdown hurt in some ways? Yes. Did it help in other ways? I think it most certainly did. One of the main reasons behind the lockdown was to try and avoid overwhelming the health infrastructure. The patients will get sick and a few of them will get very sick, it is inevitable, but as long as many don’t get seriously ill at the same time, our hospitals maybe able to cope with them. By kicking the can down the road, we learnt a lot of things. The can is kicking back, but not as viciously as we had imagined. The road is endless so we can’t keep kicking it. We have to stop and do what we can, excuse the poor pun. If we can’t, we can’t but it can’t be for want of trying. Would there be a lockdown 2.0? I think not. If there is a leak on the submarine, the only difference between the leak and leaving the hatch open would be a few minutes. So might as well leave the doors open and attempt to swim out rather than battening down the hatch and keep looking at the leak, transfixed. Nah, I don’t think there will be a lock down 2.0.

When the things open up, as they must, and soon, social distancing will not be possible in India. It just won’t. So our solution will have to figure that in. Look at our trains, slums, festivals, markets, streets, sports, prayers and anything else that you want to look at. Crowds are an integral, inevitable part of who we are. Maybe we need to find a good distraction, like the United States.

When the SpaceX lifted off, we, in the USA, felt that we were soaring in the sky with the astronauts and leaving behind the problems of this world at 8000 kilometers per hour. When the rocket booster successfully fell off as scheduled, it felt as if the load had lifted and dropped off. What a moment to soar onwards and upwards when an unfathomable abyss is literally testing the depth of your resilience.

There are two major determinants of how the post-lockdown scenario will work in India. They are poverty and poverty. I am not repeating myself, at least not by accident. We didn’t need a pandemic to realize that. Pandemics won’t matter. Any catastrophe will be manifestly worse when you mix in poverty. Will Corona stay with us forever and be endemic? We don’t know. Is poverty endemic? It sure is.
Things need fixed and it can’t wait for the next pandemic. The health system needs a complete overhaul. This will be a good opportunity to do it. The people are willing to listen. Currently, doctors are required to listen. Maybe they will keep listening for a while more.

India’s disease burden is low. The virus is deadly serious, but it is not as seriously deadly as forethought. This is both surprising and meaningless. The mortality rate is really good (at least from the point of view of the survived population) and if our caseload is low due to under-testing, then our mortality ratio is even better because all those undiagnosed cases will add to the denominator. Not as many people are ending up on ventilator as originally expected. That’s all good and more or less unique to India. The lockdown has impacted it, but the forces that ordained that outcome are beyond the lockdown.

Would be have Garaba again? Bhangra? Ganpati festival procession in Mumbai? Crowd prayers? Cricket matches? Political rallies?
There is no trouble answering it.  The answer is a resounding yes.  What troubles me is that some people are thinking aloud these questions. This thinking is pernicious. These people, it can be charitably stated, have gone crazy.  The more of what they tell turns out to be the excrement of male cows, the more strident their chorus of “ I told you so” becomes. These doomsayers should go into lockdown as we come out of it. Will we be spending the rest of our lives behind the masks? Will we never shake hands? Never walk with a friend with a arm draped over his or her shoulder? Heck, no. If need be, we will find a few scientists for hire, there seems to be a wide range of them, and have them publish a study that masks are not effective. Simple. What I say is ironic and what makes it most ironic that it is not.

Will a vaccine play a role in post lockdown? Sure. It will come when it comes. It will be sooner than predicted, later than hoped. It will work little differently in different parts of the world. It would be neat if India has a hand in vaccine development. So our scientists can roll up their sleeves, not to get a test vaccine, but to start working on their own developmental ideas.

I feel for the local/city/state/central governments. There was no playbook. This is a novel virus. Any governmental body is an obvious target so it is easy to criticize it .But most governmental agencies seemed to have done well so far. As far as current messaging goes, I have a simple idea. If you have nothing to say, rather than saying something that means nothing, say nothing. When the life forms sprang on this earth, they just did. They did not do it according to the blue circular, on odd days, in a semi hot zone. Life will find a way, despite us.

Lockdown will end.
Lockdown will end soon.
Most likely there will not be another lockdown.
A vaccine will show up.
Corona will likely become endemic.
There will be studies to show that whatever we knew was false.
Then there will be theories that those studies were biased.
Some of those theories will be true. Some of them would be false.
Since we won’t know which, it wouldn’t matter.
China will lose a chunk of its manufacturing business.
As a democratic, secular, English speaking country with freedom of press, India will get a huge part of that business.
The economy will soar again.
Life will be normal again.
Our priorities will change again.
And we may even aspire to spend more time with the families again.
Labels: bollywood Dr Ravi Godse filmmaker Life NRI post lockdown