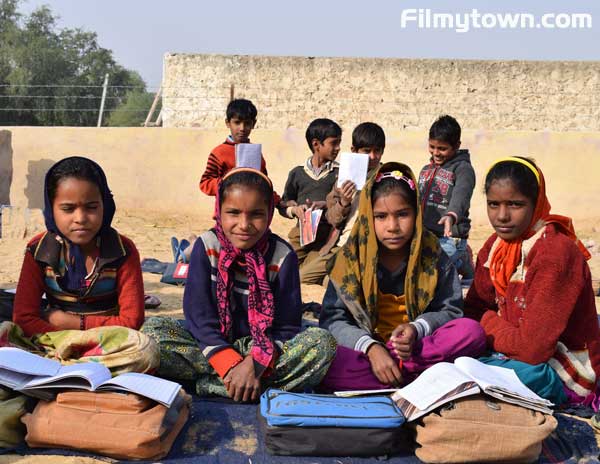 The three-hour fund raiser program finds a roaring success as it was also supported by A – list Bollywood celebrities and musicians. The program was presented by the Bollywood superstar Salman Khan while the Shehenshah of Bollywood, Amitabh Bachchan recited a heartening poem penned by Kausar Munir. Radhika Apte, RJ Malishka, Pooja Hegde and other renowned celebrities narrated the real stories of Rotary’s initiatives that have impacted lakhs of disadvantaged children & families over the years while the reigning queen of Indian pop music, Usha Uthup energized the audiences with her never seen before performance. Apart from this, Sonu Sood shared his stories of philanthropy through a video diary featuring migrant laborers and their children while Comedian Sunil Grover lightened by spreading joy and laughter through his stand-up comedy.
The event was also marked by past performances by Arijit Singh, Neha Kakkar, Amit Trivedi, Pritam Chakraborty, Shankar Mahadevan, Salim Sulaiman, Neeti Mohan, Jonita Gandhi, B Praak, Benny Dayal, Bhoomi Trivedi and others.
Additionally, the program also featured other notable Bollywood personalities like Aditi Rao Hydari, Aditi Singh Sharma, Alaya F, Anil Kapoor, Aparshakti Khurana, Arshad Warsi, A.R. Rahman, Bhumi Pednekar, Dia Mirza, Hrithik Roshan, Jacqueline Fernandez, Jassie Gill, Jonita Gandhi, Katrina Kaif, Kiara Advani, Madhuri Dixit Nene, Pooja Hegde, RJ Malishka, Shilpa Shetty, Sonakshi Sinha, Tara Sutaria, Varun Sharma, Vicky Kaushal, Vikas Khanna, Vikrant Massey who shared message of optimism, positivity, and unity through poetry, singing, dance, and music.
Lastly, to support and encourage the people’s initiative there were key government dignitaries as well.
Chhoti Si Asha, showcased the work done by COVID warriors and health workers and how the country stepped up celebrating the spirit of solidarity and togetherness. The program celebrated the humanitarian work of the real-life heroes’ i.e. frontline warriors, and shined light on survivors highlighting their undying spirit. The people’s initiative was also supported by key government dignitaries as well.
·         This is a people’s initiative and everyone would be able to support and donate via the donation link https://bit.ly/ChhotiSiAsha and by giving a missed call to  +917428212244  to get a payment link
·         All funds will go directly to projects related to children and COVID-19 relief.

Rotary is a global network of 1.2 million neighbors, friends, leaders, and problem-solvers who see a world where people unite and take action to create lasting change – across the globe, in our communities, and in ourselves.
Solving real problems takes real commitment and vision. For more than 110 years, Rotary's people of action have used their passion, energy, and intelligence to take action on sustainable projects. From literacy and peace to water and health, they are always working to better our world, and we stay committed to the end.
About Rotary Club of Bombay (RCB), which came into existence on 19th March 1929, is India's premiere Rotary Club, which has been in the forefront of community service activities for over 90 years. Chartered with just 38 Members, today it has more than 320 Members and is among the oldest and largest Rotary clubs in Asia.
The late J.R.D Tata, Aditya Birla, Nani Palkhivala and Dhirubhai Ambani were Honorary members of RCB. Today, on its prestigious list of Honorary members, there are eminent personalities such as Adi Godrej, Ajay Piramal, Anand Mahindra, Deepak Parekh, Keshub Mahindra, Kumar Mangalam Birla, Laxmi Mittal, Mukesh Ambani, Ratan Tata, Mrs. Rajashree Birla, Rahul Bajaj and Uday Kotak.
RCB contributes substantially to the community by supporting a number of educational, medical, safe drinking water, hygiene and sanitation, environmental and vocational activities that impact the lives of the underprivileged and disadvantaged people in and around Mumbai.
Since its inception, RCB has been driven by its commitment to community service. RCB directly impacts men, women and children, every year, influencing thousands of lives, through more than 30 committees engaged in various avenues of service. Every rupee that RCB spends reaches the beneficiary multiplied several-fold, as it leverages, in addition to the money, the value of time spent by the Rotarians and their partners in service.
Viacom18 Media Pvt. Ltd.  is one of India's fastest growing entertainment networks and a house of iconic brands that offers multi-platform, multi-generational and multicultural brand experiences. A joint venture of Network18, which owns 51%, and ViacomCBS, with a 49% stake, Viacom18 defines entertainment in India by touching the lives of people through its properties on-air, online, on-ground, in-shop and through cinema.

Wizcraft International Entertainment, India’s leading media and live entertainment company is dedicated to showcasing its expertise on the world stage.  Having conceptualized some of the grandest events globally including the 50 Years of Indian Independence, the 30 Years of Mauritian Independence, the 10 years of the South African Freedom Struggle, the Commonwealth Games Opening and Closing ceremonies in Delhi as well as the Handover ceremony of the Commonwealth Games in Melbourne, & the prestigious International Indian Film Academy (IIFA) Awards & Weekend for 19 years across the world, Wizcraft has contributed towards brand building for India in global destinations.  It has pioneered and developed India’s biggest entertainment brand IIFA which has taken Indian Cinema and culture to the world. The growth story of the company reflects the evolution of the Indian event management & entertainment industry itself. Driven by its vision “Believe in the power of dreams” the company is committed to quality and innovation, while setting its sights on greater peaks of achievement.
Labels: Chhoti si Asha Rotary India Voot Wizcraft International