With several Bollywood films being announced and beginning to start their work post lockdown, director Raaj Aashoo is one such filmmaker who has now even even completed his upcoming film Kutub Minar in this lockdown with guidelines and rules to be followed in order to take the necessary precautions. 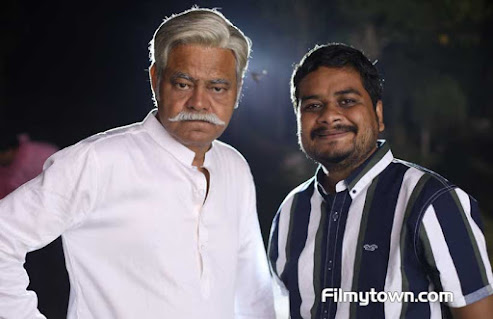 KUTUB MINAR the film was shot and completed during this lockdown with actors like Sanjay Mishra, Karanvir Bohra and Minissha Lamba.

Director Raaj Aashoo shared with us, "We started our film shoot in this lockdown with the mahurat shot done by the Chief Minister of Uttaranchal. We got great support from the government and the officials here for the shoot. This is my second film with Sanjay Sir and I am happy to share that we have completed the film shoot in Dehradun."

Also speaking about the challenges during the shoot he shared that "Most of the scenes were on a Day schedule but due to the climatic conditions and shorter days in Dehradun, we had to struggle to find the daylight shots. But we managed to capture the day scenes with some artificial sunlight lighting."

Raaj is also a noted music composer in the film industry today. For many years he has given some excellent music in films such as Tera Intezaar, Lucknowi Ishq, Tutak Tutak Tutiya and others. This is his second directorial venture. His first film as a film director 'Woh 3 Din' also has an amazing array of actors such as Sanjay Mishra, Rajesh Sharma and Chandan Roy Sanyal.
http://alihanrin.com/
Labels: actor Ishq Junoon Media Evam Police Public Sahayogi Sangathan Rangshahi