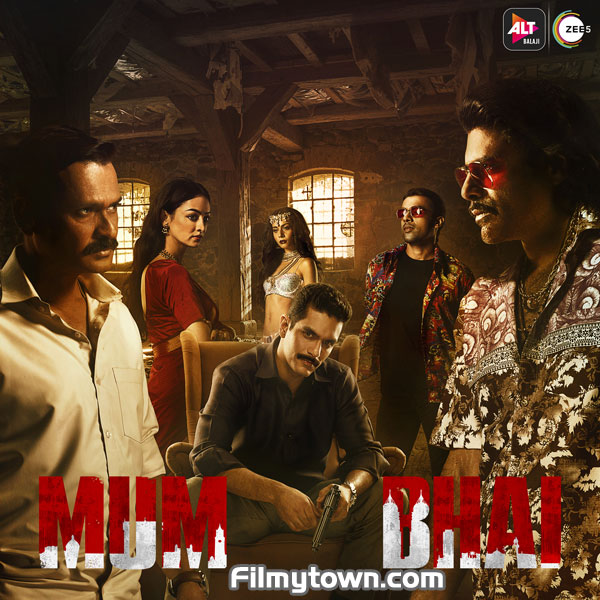 When it comes to entertaining audiences, few genres bring in the excitement and thriller as much as that of crime and the underworld. With viewers always fascinated by the dons and gangsters of Mumbai during the terror-some 90s, ALTBalaji and ZEE5 Club have taken them on a trip down memory lane with the release of the trailer from its upcoming show Mum Bhai. All set to leave those watching in awe, on the back of its riveting plot, this November 6, Mum Bhai stars Angad Bedi as Bhaskar Shetty, Sikandar Kher as Rama Shetty and Sandeepa Dhar as Vaishnavi in pivotal roles.

Wasting absolutely no time in setting the premise of the show, the trailer reveals how Bombay was reeking of criminals and gangsters having their way. It was imperative to save the city from the terror which was reaping amidst the city of dreams.

The story then takes a fascinating turn by showcasing two childhood friends, Bhaskar and Rama Shetty who find themselves on different sides of the law. While the former undergoes police training to become Mumbai’s top encounter specialist, he faces a trial of fire unlike no other as he goes up against his best friend, who is now an underworld don. With both eyeing the crown to rule over the city, the show promises to be one that will leave the viewer hooked to their screen right from the first frame to the last.

Bonded by brotherhood, will we see the good guy turn bad or the bad guy turn good. We certainly are filled with a lot of questions. Made by the producers of Shootout at Lokhandwala and Once Upon a Time in Mumbai, the show touches upon the aspects of jail, power, money, politics, encounters, Mumbai, and Dubai in a never-seen-before manner to leave each one of us asking for more.

Speaking on the trailer, actor Angad Bedi, comments, “I have always been very intrigued by stories of encounter specialist, the gangsters, and the underworld. Even while I was growing up I used to watch a lot of action films and used to love the drama behind it and when I heard the story of Mum Bhai about how this encounter specialist Bhaskar Shetty started off and what he became, I really connected with that journey. This was something I have never done before and also these kinds of characters are not really written that much. This is a very larger than life character and especially to show its growth, I think it’s just fascinated me. The whole team of Mum Bhai is looking forward to making it the biggest show ever on OTT and I am sure Ekta Kapoor will leave no stone unturned.”

Sharing his thoughts about the trailer, Sikandar Kher said, “ This is signature Balaji.. the trailer is kadak! Akshay has made a really good script even better. The good thing about the show is that it’s fast-paced and quick just like the characters that flip in an instant. As an actor, I’ve had a truly wonderful time working with Angad. He’s very secure and that always helps any scene. We actors feed off each other. Life was very different in the ’80s and ’90s and this show is going to give you a glimpse into that world

All set to stream on ALTBalaji and ZEE5 Club from 6th November, Mum Bhai is a crime drama that will dive into the Mumbai underworld. The narrative revolves around the friendship between a cop and a criminal, set in the milieu of Mumbai’s underbelly from the late eighties to early 2000.